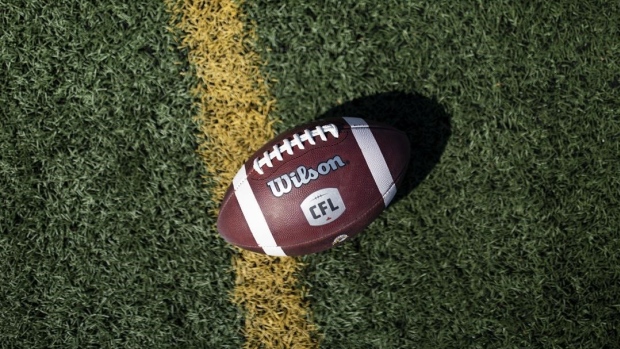 The CFL and CFL Players' Association have reached another tentative seven-year agreement.

According to a league source, the two sides hammered out a second agreement in principle Thursday, two days after CFL commissioner Randy Ambrosie unveiled the league's final offer to its players.

The source spoke on the condition of anonymity as neither the CFL nor the CFLPA have confirmed the deal.

The new agreement is pending ratification by both the CFL Players' Association membership and the league's board of governors. According to two sources, the players will vote on the deal Thursday night.

Players on six of the nine CFL teams must vote to ratify the deal, with the required margin being at least 50 per cent plus one of ballots in favour.

Time is of the essence as the CFL pre-season schedule is slated to kick off Friday night with two games.

On Monday, the players voted against a tentative deal that the union had recommended they accept. The CFLPA is also recommending the ratification of Thursday's tentative agreement.

According to sources, CFL teams will have seven Canadian starters and 21 in total on rosters this year. In 2023, that number increases to eight with one being a nationalized Canadian — an American who has spent either five years in the CFL or at least three with the same team.

And the seven pure Canadian starters per game will remain intact throughout the term of deal, which can be reopened after five years when the CFL's broadcast agreement with TSN expires.

The CFL will also provide $1.225 million in a ratification pool for players.

The biggest asset the CFL receives in the deal is extended labour piece and the opportunity to really rebuild its business.

Last December, the league announced a partnership with Genius Sports, a data, technology and commercial company that connects sports, betting and media. In August 2021, the CFL signed a multi-year partnership with BetRegal to become its official online sports-gaming partner.

But Canadian Justin Palardy, a former kicker who spent time with five CFL teams from 2010-15, took to social media to voice his displeasure with the deal.

"Like I said on another tweet, what's the point of drafting more (Canadians) if we're getting rid of Canadian starters?" he tweeted. "You may think it's a terrific idea, doesn't mean it makes sense."

The two sides had been at odds regarding the Canadian ratio.

Last Wednesday, the CFL and CFLPA reached a tentative seven-year agreement, ending a four-day strike by seven of the league's nine teams. At first glance, there seemed to be many positives for the players, including a revenue-sharing model, the ability to reopen the pact in five years once the CFL signed a new broadcast deal, and veteran players having the ability to negotiate partially guaranteed contracts.

But the agreement also called for CFL teams to increase the number of Canadian starters from seven to eight. The extra would've also been a nationalized Canadian.

In addition, three other nationalized Canadians could play up to 49 per cent of snaps. And the deal didn't include a ratification bonus.

Not only did Ambrosie say it was the CFL's final offer, but it was good until midnight ET on Thursday, given the league's exhibition schedule was slated to begin Friday night with two games. Ambrosie added if the players rejected the offer and opted to go back on strike, they'd be served notice to vacate their respective training-camp facilities.

It marked the second time Ambrosie had gone public with a final contract offer to the CFLPA. On May 14, he posted a letter to fans on the league's website detailing the league's proposal to players hours before the former CBA was set to expire.

The next day, players on seven CFL teams opted against reporting to training camp and went on strike. The Edmonton Elks and Calgary Stampeders both opened camp as schedule because they weren't in a legal strike position, as per provincial labour laws, at the time.

It marked just the second work stoppage in league history and first since 1974.

This report by The Canadian Press was first published May 26, 2022.