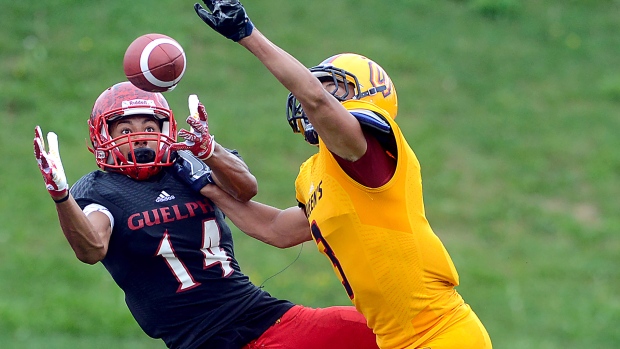 The CFL Scouting Bureau has released three sets of draft prospect rankings since September and Guelph Gryphons receiver Kian Schaffer-Baker hasn’t appeared in any of them. 19 other receivers in this draft class posted more receiving yards last season than Schaffer-Baker. He wasn’t even invited to the league’s National Combine.

But rankings and statistics can be misleading. Game film and tape measures, on the other hand, don’t lie; and those tools paint a very different picture. At 6’3” and 205 lbs., Schaffer-Baker possesses prototypical size for a CFL slotback. Athletically, he’s among the most explosive players in the entire class, regardless of position and has a 40-inch vertical to prove it. And he’s not just a combine guy, he exploits those physical assets on the field to make more tough catches than any receiver available. In last spring’s U SPORTS East-West Bowl, a competition featuring many of the top prospects in the Class of 2020, he led all receivers with five catches for 126 yards and a touchdown. Simply put, Schaffer-Baker is the best player in the draft that no one is talking about.