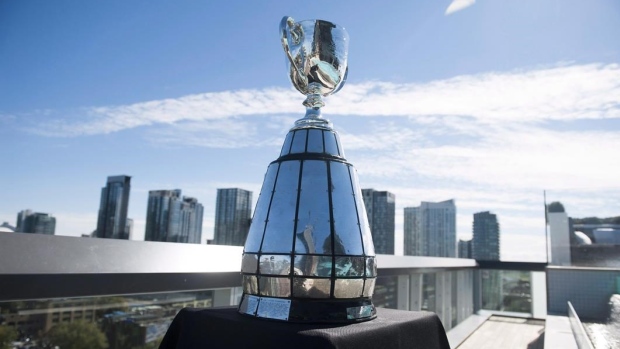 It really should come as no surprise.

The Canadian Football League is in a financial crisis because of the COVID-19 pandemic.

The league, with a season that was to begin on June 11 but now won’t begin until September in the most optimistic of scenarios, hasn’t had any revenue in six weeks. And it’s months away from there being any cash in its coffers.

When a business says it has an “immediate need for $30 million”, that’s serious. And that’s where we are, less than two months since the league was holding a regional combine to identify prospects for the CFL Draft, which goes Thursday night on TSN.

The CFL has spent most of the past two months examining various scenarios under which it might play this season, but along the way something has become abundantly clear: the CFL’s business model doesn’t work without fans in the stands.

And that’s before you factor in the costs of operating in a COVID-19 environment and the uncertainty that comes with heading into next winter with the prospect of a second wave of the virus and a business environment that’s going to make it extremely difficult just to reach the 2021 season.

The CFL simply can't operate without an additional revenue stream, which is why it turned its attention to Canada's federal government.

Beyond the $30 million initial ask to sustain operations over the next few months, the CFL is seeking an additional $20-to-$70 million in a scenario where it plays a shortened season that ends with the Grey Cup. If the season is cancelled altogether, the ask is up to $150 million in total to get to the start of next season as it essentially will be without revenue for a period of more than a year.

The league vows to pay back the money by providing partnerships with its players and teams, to deliver programs that promote tourism or social messages about such things as domestic violence or bullying.

It’s really its only option since the CFL isn’t in a position to pay back a $150 million loan with cash.

The government of Canada has its hands full right now, handing out money in all directions as the country remains largely in shut-down mode. Where might a professional football league rank among its priorities? Well, probably not near the very top.

Among the problems is all the uncertainty and that funding the league to enable it to play a shortened season doesn’t guarantee anything if there is a serious outbreak, or worse, a second wave during the fall.

Randy Ambrosie, the ever-optimistic commissioner, sounds like he’s bracing himself for a 2020 without the CFL when he talks about the urgency of the situation and how every public comment from government and health officials about the difficulties facing the return of sport casts more doubt on whether the league might play.

The truth is that with every day there is more skepticism among players, agents and team personnel that the CFL will have a season. And they want to know what lies ahead.

These are real-time decisions in an uncertain and rapidly-changing environment where a verdict about whether to play this season may be taken from the league's hands, just as it has for so many other entertainment events that have been cancelled by government regulations.

That’s going to send the league into a very uncertain direction, not sure when again its business model will be viable because no one can say for sure when fans will be allowed to pack stadiums.

The CFL has faced more than a few crises in its long history, and a few brushes with mortality, often of its own making.

This time it’s different. The CFL didn’t cause the current crisis and it can’t fix it.

So it turned to the only body that might be able to give it some assistance. Which it most certainly will need, if not to play this season then to get itself back on its feet when it’s safe to play.