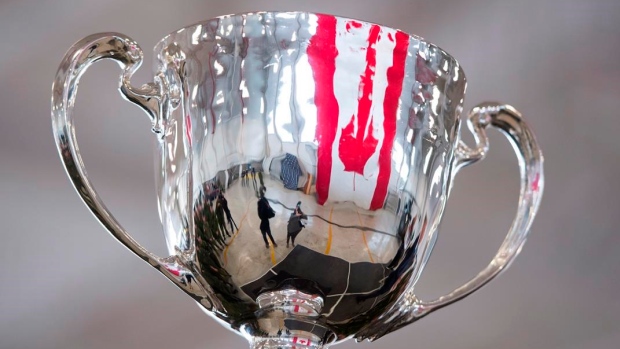 CFL players who cannot travel with their teams to the East or West Division finals, or the Grey Cup game, will not be allowed to participate.

The league decided Tuesday that any players not able to travel with their teams to road games once the federal government invokes its mandate on vaccinations for air and rail travel on Nov. 30th will be put on a suspended list and not paid for any missed games.

The CFL division finals on Dec. 5th and the Grey Cup on Dec. 12th are the only games affected by the new government policy.

Tuesday’s decision ends weeks of speculation about how the league would handle the ban on unvaccinated passengers travelling, given the close proximity teams in the East Division have in comparison to those in the West.

Teams in the East can easily bus to any location within their division, meaning no team will be at risk of missing players for the East Division Final.

However, with Winnipeg about to clinch first place in the West, their opposition will have a choice to make: either fly to the game and leave some players behind, or travel by bus and bring everybody.

Busing from Regina (573 kilometres) to Winnipeg is certainly doable but is a tougher contemplation for Calgary (1,357 km) and especially Vancouver (2,423 km).

Getting to the Grey Cup will also be tricky for the West representative.

It is 1,968 kms from Winnipeg, the anticipated site of the West Division Final, to Hamilton, host of this year’s Grey Cup.