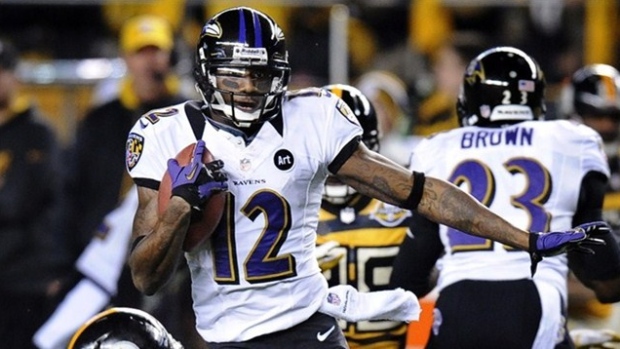 San Diego, CA - Jacoby Jones has found a new home, with the free-agent wide receiver/return specialist agreeing to terms with the San Diego Chargers on a two-year contract Friday.

NFL.com reported the deal to be worth a maximum of $5.5 million.

Jones was released by Baltimore on Feb. 25 in a cap-saving move. The eight- year veteran had spent the past three seasons with the Ravens and played a key role in the team's 2012 championship run, scoring both a receiving touchdown and a 108-yard kickoff return score in Super Bowl XLVII.

One of the league's most dangerous returners, Jones ranked among the NFL leaders last season with a 30.6 yards-per-return average on kickoffs and owns 10 career special-teams touchdowns. The 30-year-old had just nine catches for 131 yards on offense, however.

Jones joins a Chargers team that didn't have a kick return of over 35 yards in 2014.

For his career, Jones has averaged 27.4 yards per kick return and 10.1 yards taking back punts. He was named first team All-Pro as a return man in 2012.