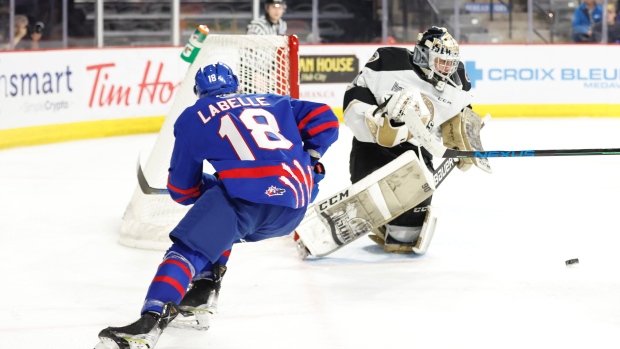 MONCTON, N.B. — Noah Laaouan had a goal and two assists and the Charlottetown Islanders beat the Wildcats 5-0 to sweep Moncton in three games in their best-of-five, first-round QMJHL playoff series.

Michael Horth scored what stood up as the game-winner, while Lukas Cormier, Drew Elliott and Xavier Simoneau also scored at Avinir Centre.

The Islanders, who finished atop the Maritimes Division in the regular season (48-13-7-0), outscored the Wildcats 16-4 over three post-season games.

Francesco Lapenna turned aside all 13 shots he faced for the Isles, while Jonathan Lemieux made 37 saves for Moncton.

Elsewhere in QMJHL playoffs Monday, the Shawinigan Cataractes swept their series against the Rouyn-Noranda Huskies with a 3-2 overtime win, while the Quebec Remparts beat Chicoutimi for a 3-0 series sweep over the Sagueneens.

The Gatineau Olympiques won 8-5 at Val-d'Or, taking a 2-1 series lead over Foreurs, while the Blainville-Boisbriand Armada also took a 2-1 series lead with their 5-1 win over visiting Drummondville Voltigeurs.

The Saint John Sea Dogs beat the Oceanic 5-2 at Rimouski to take a 2-1 series lead.

This report by The Canadian Press was first published May 9, 2022.