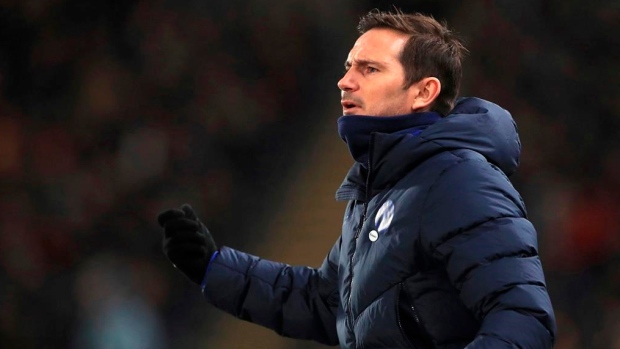 Frank Lampard was simply too inexperienced to manage at Chelsea.

That was the assessment given by Blues midfielder Jorginho to ESPN Brazil on Friday.

The 29-year-old Italy international says that Lampard's status as an icon of the club allowed the team to overlook his lack of managerial qualifications when they appointed him as gaffer in the summer of 2019 before firing him this past January, midway through his second season.

"Look, I'll be really sincere here on Lampard," Jorginho said. "I believe, given he was a legend at the club, he skipped some steps necessary for learning before moving to a big club."

Prior to becoming Blues manager, Lampard - who spent 13 seasons at the heart of the Chelsea midfield as a player - had served as Derby manager for one season, his first ever coaching job, where he took them to the Championship playoff final, but ultimately fell to Aston Villa.

"He came to a club where he is a legend, without having experience at other clubs," Jorginho continued. "I think he came too soon, skipped a few steps ahead and wasn't ready for a job at this level, to be honest."

Since the appointment of Thomas Tuchel as Lampard's replacement, Chelsea has only lost once in the league and is set to take on Real Madrid in the semi-finals of the Champions League with the first leg set for Tuesday at the Bernabeu.

On Saturday, the Blues visit West Ham in a key Premier League clash. Chelsea currently sits fourth in the table and in the final Champions League place on 55 points, level with the Hammers, but ahead on superior goal differential.