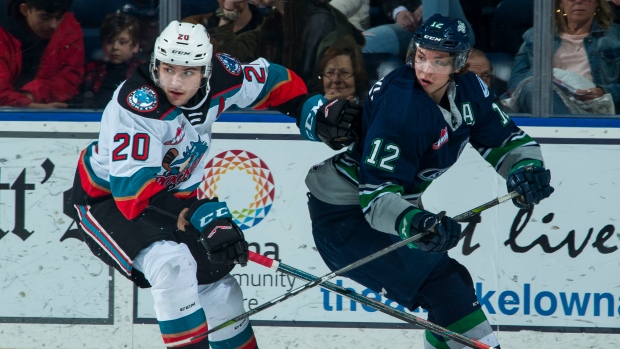 The Canadian Hockey League has agreed to pay $30 million to settle three class-action lawsuits filed by current and former players for minimum wage, back pay and overtime.

A settlement was reached in February, said Ted Charney, a lawyer for the plaintiffs. Lawyers’ fees and expenses will come out of the $30 million before it is split up between players.

One source familiar with the matter said the CHL’s 60 teams - playing in three leagues comprised of 52 Canadian-based teams and eight teams in the United States - will pay about $250,000 apiece and that the league and its insurer will pay for the balance.

Under terms of the agreement between the plaintiffs and CHL, players who have signed NHL contracts are not eligible for settlement payouts. There are potentially 4,200 former CHL players eligible, although it's unlikely that all of those will file settlement claims. The amount players will receive will depend on how many file claims and their service time in the CHL.

The CHL and its three leagues - the OHL, QMJHL and WHL - have been battling minimum-wage lawsuits since 2014. Current and former players suing the leagues argued the teams are for-profit businesses and that players should enjoy protection under employment rights legislation.

It's unlikely that the CHL will have to defend a similar lawsuit like this in the near future. Over the past several years, the provinces and U.S. states where CHL teams are based have changed their laws to exempt CHL players from minimum-wage laws.

The only way the CHL would be exposed to further litigation is if subsequent governments rolled back those changes.

“The settlement recognizes that, as a result of these legislative declarations, there is now no legally recognized obligation for owners to treat players as employees under the employment standards acts presently in effect in the provinces with CHL teams,” the plaintiffs and CHL wrote in a joint statement. “The Defendants maintain that there never was any such obligation.”

“Minutes of settlement” from the Feb. 11 agreement. pic.twitter.com/PZmtl6LO2R

The CHL, which cancelled its season and playoffs in all three leagues on March 23, responded to the settlement in an open letter Friday afternoon.

“This settlement does not mean that we agree with the plaintiffs. It means that we wanted to end the lawsuits so we could continue to focus on being the best development league in hockey,” the statement reads.

“All Canadian provincial governments reviewed the issue of player status and clarified in their legislation that our players are amateur student athletes and not employees covered by minimum wage or employment laws. While this ended the issue going forward, the lawsuits continued to be a distraction and would continue to damage the financial position of our teams by costing millions of dollars in legal fees for five to 10 more years. Millions of dollars that would pay lawyers and add nothing to our player experience or the strength of our teams.

“These lawsuits were settled just prior to the shutdown due to COVID-19. We still have no idea of the final impact this pandemic will have on our teams, players and our fans. We do know that we do not want to spend time on legal wrangling – we need to focus on getting back on the ice in a way that protects our players and fans.”