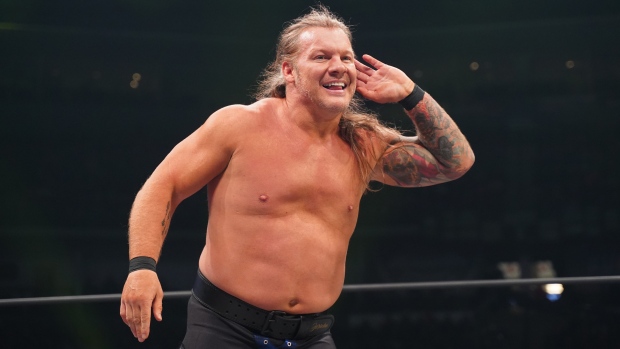 It's a star-studded final AEW Dynamite before Saturday night's All Out pay-per-view with both AEW World Champion Jon Moxley and Chris Jericho competing in singles matches. You can catch AEW Dynamite LIVE on Wednesday at 8pm et/5pm pt on TSN2, the TSN app, streaming on TSN Direct and on TSN.ca.

AEW World Champion Jon Moxley vs. Mark Sterling (MJF's lawyer): Maxwell Jacob Friedman might need a better lawyer. During last week's contract signing for the main event at this Saturday's All Out PPV, MJF was all smiles when Moxley agreed to his stipulation that the Paradigm Shift DDT would be banned from the match. He even accused Moxley of not properly reading over the document before signing. Of course, it was actually MJF who didn't read the fine print. Moxley revealed that he added his own stipulation to the contract - a one-on-one with Sterling where the Paradigm Shift is not banned. Will MJF be looking at his future on Saturday night when the champion takes out his frustrations on Sterling on Dynamite?

"The Demo God" Chris Jericho vs. "The Bad Boy" Joey Janela: Before Jericho takes on Orange Cassidy in their rubber match at All Out, Le Champion steps into the ring against somebody just as unpredictable in Janela. This is Jericho's first match since he was upset by Cassidy on the Aug. 12 edition of Dynamite and he'll be looking to shake off any ring rust ahead of Saturday's PPV match. For Janela, this represents one of the highest-profile matches of his career and the Bad Boy knows what an upset here could do for him going forward. Now focused on his tag team with Sonny Kiss, the match will mark Janela's first singles match in AEW since his defeat at the hands of "The Murderhawk Monster" Lance Archer at Night 1 of Fyter Fest in early July. Can Janela pull off the biggest upset of his career?

Best Friends (Chuck Taylor and Trent?) vs. Proud-N-Powerful (Santana and Ortiz): This grudge match has been weeks in the making with Best Friends finding themselves embroiled in a bitter feud with the Inner Circle. These two teams met on the Aug. 5 edition of Dynamite when Santana and Ortiz appeared to be in control and on their way to victory. As the pair set up for the Street Sweeper on Trent?, Chuckie T. was able to break it up at the last second to allow Trent? to roll up Ortiz for the win. The loss didn't sit well with Santana and Ortiz, who proceeded to destroy Sue Marasciulo's (Trent?'s mom) minivan with sledgehammers. If that made things personal, then Best Friends certainly had enough on this week's edition of AEW Dark. After Santana and Ortiz won their match, the pair cut a promo with Ortiz telling Trent? to get his mom to stop calling him. It was at that point that Best Friends jumped Santana and Ortiz before security stepped in to separate the two teams. Will Santana and Ortiz finally get their win over Best Friends or will Trent? and Taylor avenge the good name of Sue Marasciulo?

Eight-man tag-team match: The Young Bucks (Nick Jackson and Matt Jackson) and Jurassic Express (Jungle Boy and Luchasaurus w/ Marko Stunt) vs. Private Party (Isiah Kassidy and Marq Quen) and SoCal Uncensored (Frankie Kazarian and Christopher Daniels): There is an interesting stipulation to this match - the winning team will face off against each other in a tag-team match at All Out. The Jacksons thought they might be in the tag-team title match at All Out, but "Hangman" Adam Page cost them their shot at the titles during last week's gauntlet match for a title shot when he stopped a Meltzer Driver that allowed Trent? to roll up Matt to eliminate the Jacksons. Can the Bucks focus on the task at hand on Wednesday night or will they still be stewing over the betrayal by a man they considered to be a close friend?