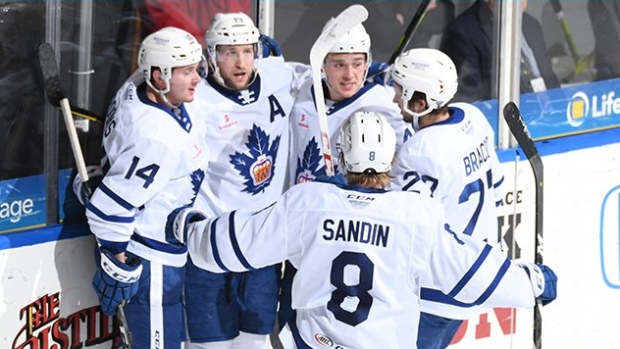 ROCHESTER, N.Y. — Chris Mueller had two goals and an assist as the Toronto Marlies beat the Rochester Americans 4-1 on Friday in the opener of their American Hockey League best-of-five first-round series.

Nicholas Baptiste and Adam Brooks also scored for the Marlies while Rasmus Sandin chipped in with three helpers.

Tage Thompson broke up Kaskisuo's shutout bid at 18:52 of the third period for the Americans, who got 19 saves from Scott Wedgewood.

Toronto went 1 for 3 on the power play while Rochester failed to score on three chances with the man advantage.

The Americans host Game 2 on Sunday.