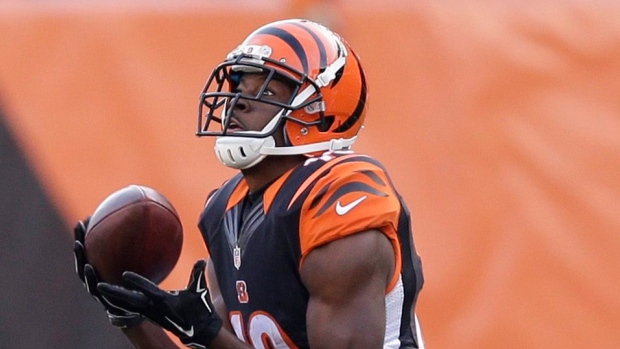 A.J. Green says ankle is swollen. Asked if he is going to play Sunday: “Probably not.” #Bengals

After failing to make it through walkthrough on Wednesday, Green told reporters Thursday he won't be in action in Week 10 as quarterback Ryan Finley makes his first NFL start.

"I can't go out there when I'm not 100 per cent. It makes so sense for me to put myself in that situation to where I can have another time hurting (it), just like I did my toe. It's all about make sure I'm taking care of myself first. Everything else comes after that," Green said via Jay Morrison of The Athletic.

The six-time Pro Bowler has missed all eight games this year after undergoing off-season ankle surgery.

Green has missed 15 of the Bengals' last 16 games after suffering a toe injury last season that forced him to the injured reserve list.

Green, the fourth-overall pick in the 2011 NFL Draft, has averaged 75 receptions and 1,113 yards per season during his eight-year career.