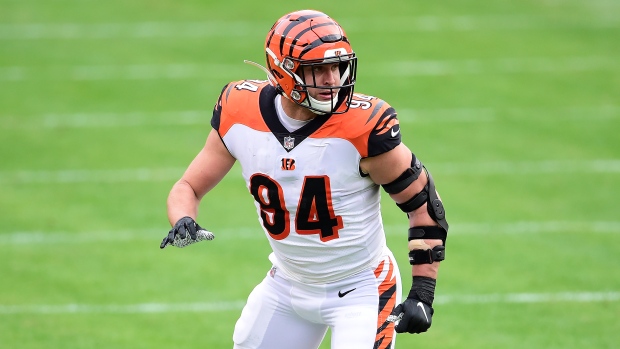 The Cincinnati Bengals have agreed to a four-year, $40 million deal with defensive end Sam Hubbard, according to a report by Adam Schefter of ESPN.

An important signing for the Bengals defense.

Hubbard appeared in 13 games last season for the Bengals and contributed 62 combined tackles and 2.0 sacks.

The 26-year-old has played in 44 games over his three-year career, all spent with the Bengals and has 177 combined tackles.

Hubbard was 77th overall in the third round of the 2018 NFL Draft.