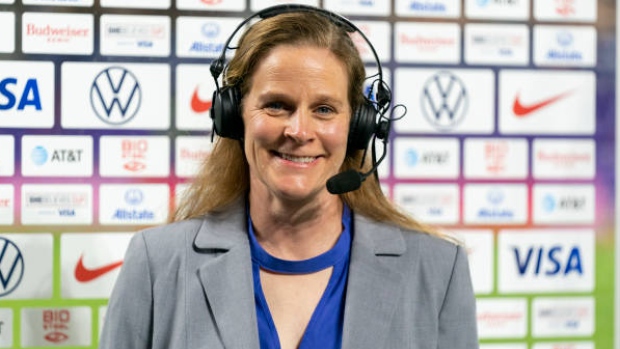 Cindy Parlow Cone was re-elected to a four-year team as U.S. Soccer Federation president on Saturday, beating predecessor Carlos Cordeiro in an endorsement of the governing body's settlement of a lawsuit by women players.

Cone, a former national team player, received 52.3% of the weighted vote on the first ballot during the USSF National Council meeting, held on-line and in Atlanta.

Cordeiro, a former Goldman Sachs partner and current adviser to FIFA president Gianni Infantino, got 46.6% of the ballots as he tried to regain the job he held from 2018 until 2020, when he quit amid the fallout from legal filings that claimed women’s national team players had less physical ability and responsibility than male counterparts.

The USSF Athletes Council got one-third of the votes, and the Youth, Adult and Pro Councils receive 20% each, with the remaining delegates 6.7%.

Cone was vice president at the time and moved up to president, then was elected last winter to a one-year term. As president, she will play a role in the leadup to the 2026 World Cup, whcih the U.S. will co-host with Canada and Mexico.

Women’s team players and the USSF announced a deal Feb. 22 that will have players split $22 million. The USSF also agreed to establish a fund with $2 million to benefit the players in their post-soccer careers and charitable efforts aimed at growing the sport for women. The agreement is contingent on a deal for a new collective bargaining agreement to replace the contract that expires March 31.

“Equal pay has gone from a whisper in the locker room to a roar on the field to fundamentally changing the business of sports and soccer in the United States and around the world," the women players said in a statement. "We look forward to Cindy’s leadership.”

Under Cone, the USSF in November reached a new equipment agreement with Nike that starts in January 2023 and this week announced an eight-year agreement with WarnerMedia that will shift USSF English-language broadcasts to HBO Max, TNT and TBS in 2023 from ESPN and Fox.