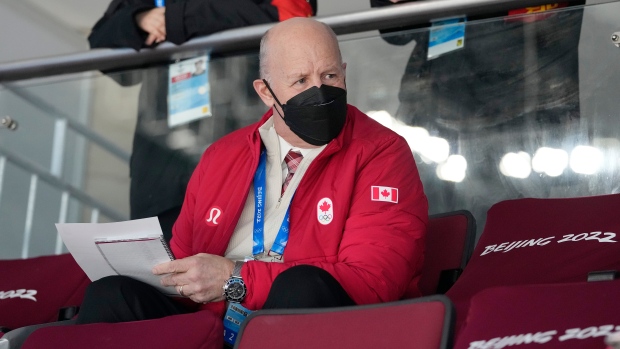 Doan was GM of the national men's team at the 2022 Winter Olympics in Beijing, where Canada finished sixth.

He was an assistant GM with Canada's gold medal team at the 2021 world championships and was part of the management staff of Canada's 2019 Spengler Cup-winning team.

Julien coached the men's team in Beijing and was the head coach of Canada’s squad at the 2021 Channel One Cup.

He helped Canada to an Olympic gold medal in 2014 and gold at the 2016 World Cup of Hockey as an assistant and has twice been an assistant with the world junior team, winning silver in 1999 and bronze in 2000.

“We are excited to unveil the management group and coaching staff that will lead Canada’s national men’s team in its defence of last year’s gold medal at the IIHF World Championship,” Hockey Canada chief executive officer Tom Renney said in a release. “This is a group that combines many years of experience at the NHL, CHL and international levels, and we look forward to building a team that will wear the Maple Leaf with pride in Finland next month.”

The world championship begins May 13 in Helsinki and Tampere, Finland.