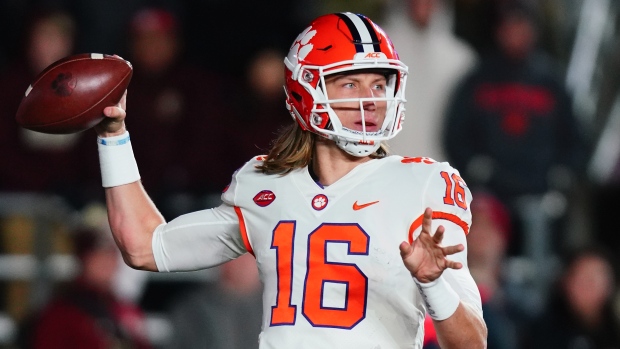 Clemson quarterback Trevor Lawrence headlines The Associated Press preseason All-America team, and he has two teammates from the top-ranked Tigers with him on the first team.

Lawrence, the first freshman to quarterback to lead a team to a national championship in more than 30 years, was joined on the first-team offence by Clemson running back Travis Etienne in the list released Tuesday and presented by Regions Bank . Clemson linebacker Isaiah Simmons was a first-team selection on defence. Clemson and No. 2 Alabama tied for the most first-team selections with three.

Led by Alabama, the Southeastern Conference placed eight players on the first team, one more than the Big Ten.

The AP All-America team is sponsored by Regions Bank this season, the first time the venerable player honour roll that dates to 1925 has ever had a presenting sponsor.

Follow Ralph D. Russo at https://twitter.com/ralphDrussoAP and listen at https://podcastone.com/AP-Top-25-College-Football-Podcast