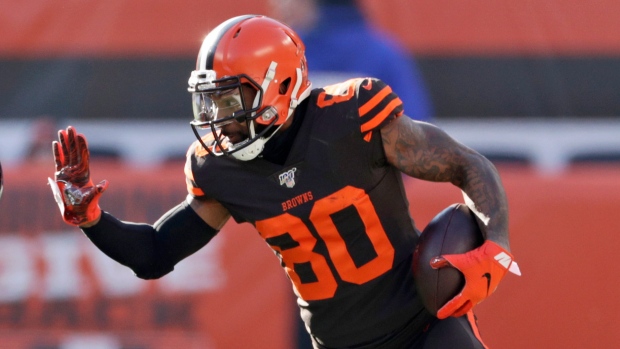 Cleveland Browns wide receiver Jarvis Landry has left Week 2's matchup against the Houston Texans and will not return.

Landry is believed to have sustained a sprained MCL early in the game after a catch in the opening drive of the game.

Browns believe WR Jarvis Landry has a sprained MCL and he will undergo further testing, per source.

The 28-year-old had five receptions for 71 yards in Week 1's loss to the Kansas City Chiefs.