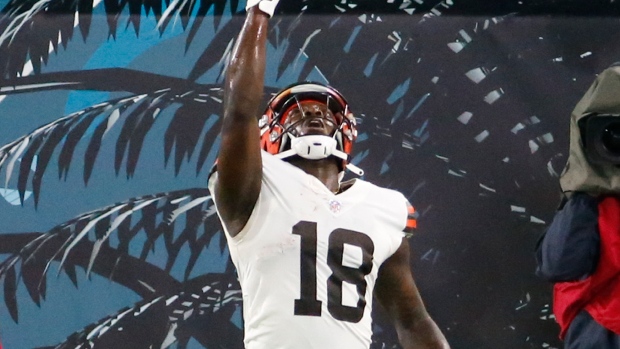 The Cleveland Browns have put wide receiver Davion Davis on waivers with the purpose of being released according to Ian Rapoport.

Davis was suspended for regular season games in August for violating the NFL's policy on substance abuse.

#Browns WR Davion Davis, who led the team in receiving this preseason but was suspended the first two games of the regular season, is being released, source said. He’ll now head to waivers, where he should draw interest.

The 24-year-old led the Browns in receiving during the pre-season with 154 receiving yards and two touchdowns over three pre-season games.

Davis is eligible to play after finishing his suspension on Sunday.