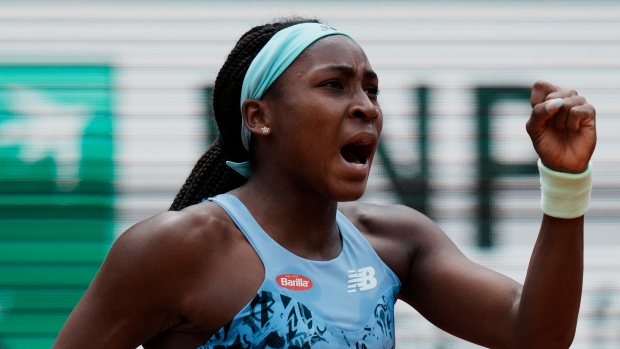 American teenager Coco Gauff reached the semifinals of a Grand Slam tournament for the first time with a 7-5, 6-2 victory over former U.S. Open champion Sloane Stephens.

The 18-year-old Gauff will next face another first-time semifinalist in Martina Trevisan, who earlier beat Leylah Fernandez.

Gauff built early leads in both sets and Stephens made errors at key points on Court Philippe Chatrier.

The 18th-seeded Gauff led 3-1 in the second set when Stephens missed an opportunity to get back on serve, sending a drive volley long on her third break-point chance before Gauff won the next two points.

Stephens had won three straight games to even the first set at 5-5 but Gauff won the next seven points and broke for the set. Stephens missed a backhand volley to hand Gauff her first set-point opportunity.

The 29-year-old Stephens, the former No. 3, won at Flushing Meadows in 2017 and was the runner-up at Roland Garros the next year.

Gauff has not dropped a set on her run to the semifinals.