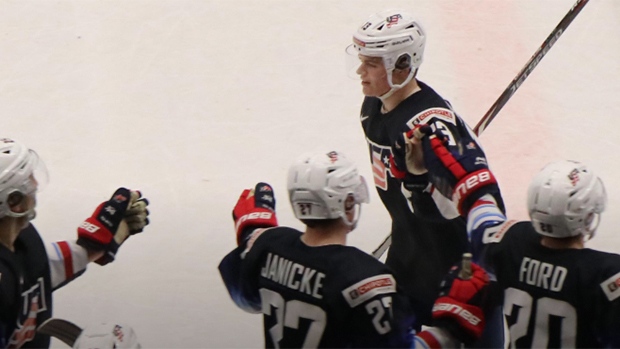 The Montreal Canadiens' 2019 first-round pick opened the scoring on a pass from centre Alex Turcotte on the power play in the first period, before the Germans tied the game at a goal apiece.

He completed his hat trick near the end of the third period and added a fourth with about a minute left in the game. Florida Panthers goaltending prospect Spencer Knight played the entire game to secure the victory.

After one, #TeamUSA leads 1-0!@Turcotte__71 ➡️ @colecaufield for the power play goal! #USAWJC

The five-foot-seven, 165-pound Caufield has 12 goals and 20 points in 18 games so far this season with the NCAA's Wisconsin Badgers.