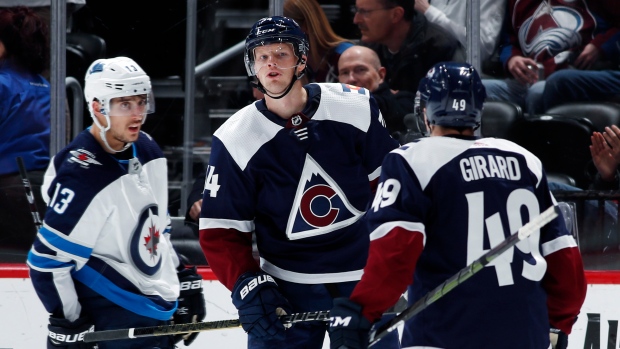 The Colorado Avalanche have traded forward Carl Soderberg to the Arizona Coyotes for defenceman Kevin Connauton and a 2020 third-round pick.

Soderberg, 33, scored a career-high 23 goals and posted 49 points in 82 games this season. He added two assists in 12 playoff games.

The Swedish centre is signed through next season at a $4.75 million cap hit, which was the third-highest salary among Avalanche forwards.

"I'd like to thank Carl for everything he has done for the Avalanche both on and off the ice," Avalanche general manager Joe Sakic said. "This trade allows some of our young centremen to have a chance to play a more prominent role on our team while adding an experienced defenceman to our roster."

Connauton is signed through next season at a $1.375 million cap hit.

The Avalanche, who reportedly met with Artemi Panarin's agent on Sunday, have $38.9 million in cap space following the trade.