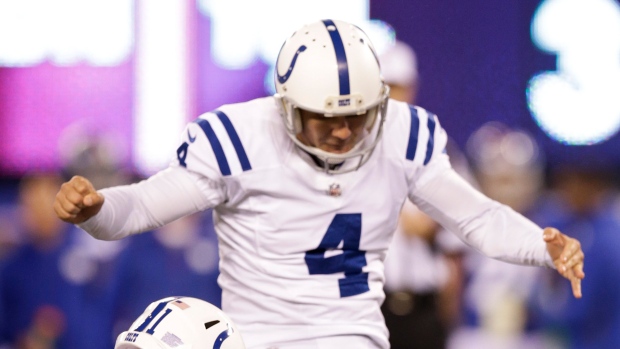 He passed Jason Elam when he made an extra point early in the fourth quarter of Sunday night's game against his former team, New England. Vinatieri has scored 100 or more points 17 times in 19 seasons. Elam did it 16 times during his career.

It was his second milestone of the night. Earlier he joined Morten Andersen, Gary Anderson and Jason Hanson as the only players in league history to reach 2,100 career points.

The 41-year-old kicker has not missed a kick all season, making all 28 field-goal attempts and all 34 extra-point tries.