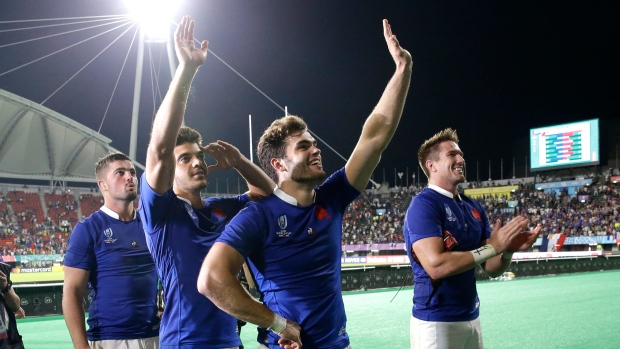 CONCACAF confirmed Thursday that World Cup qualifying for the region will change due to the calendar disruption of the COVID-19 global pandemic.

However the confederation that covers North and Central America and the Caribbean did not put forward a revamped format.

"The challenges presented by postponements to the football calendar, and the incomplete FIFA rankings cycle in our confederation, means our current World Cup qualifying process has been compromised and will be changed," CONCACAF said in a statement.

"We will now work with the new framework provided and liaise with FIFA to finalize a new World Cup qualification format for the CONCACAF region."

CONCACAF president Victor Montagliani, a Vancouver native and former Canada Soccer president, had suggested back in early May that a change in qualifying format was coming given the June international window had been postponed and he wasn't optimistic that the September window would go ahead.

He was proved right Thursday as FIFA postponed the September window for CONCACAF, Asia (AFC), CAF (Africa) and Oceania (OFC).

"This means our qualifying process for the FIFA World Cup Qatar 2022 will not begin in September, as previously scheduled," CONCACAF said.

Canada coach John Herdman and his staff have been trying to prepare for all permutations. But there are still more questions than answers.

"What's become clear is we know it'll be no longer FIFA rankings that will determine (qualifying)," he said. "It allows us to compete on the field for a place."

"Whatever the format's going to be, we've seen CONCACAF has been committed to providing everyone with an opportunity to qualify. And Canada, at this stage now, we get a shot."

Herdman hopes to learn the new qualifying path in the next couple of weeks.

Assuming the October international window does go ahead, one question is whether teams go straight into qualifying or have warmup games.

"I think it's difficult to come straight back," said Herdman. "Our core squad hasn't been together since November. We had a group together in January but the core will be (apart) for nearly a year (come October) and that will be the same for the majority of these teams.

"But ... if everyone's on that level playing field, it could well kick off in October," he added. "Obviouly you'd love to get a friendly match in to get the team spirit back. But I think everyone will be that dialled in to the importance of the match."

Herdman notes they will be "massive challenges" logistically even if the October window gets the green light.

"It's always going to be predicated on is there is another spike in COVID," Herdman said. "And then I think for Canada and all the teams (it's) adapting to a new reality of where do we play, how do we get players released, what are the quarantine issues etcetera etcetera."

"There's so much up in the air at this stage that the one thing we're all waiting for is just a certainty of a date," he added. "And then we'll have to deal with all those other challenges."

The previous CONCACAF plan would have seen the six top-ranked teams in the region advance to the so-called Hex round of qualifying, with the three top after group play booking their tickets to the 2022 World Cup.

Teams ranked seventh through No. 35 in CONCACAF would have competed in their own qualifying round with the last team standing facing the fourth-placed Hex team to see who advanced to an intercontinental playoff, with the winner advancing to the World Cup.

Initially CONCACAF had planned to use its own ranking system to determining the six teams to go to the Hex but subsequently switched to the FIFA rankings.

Canada, as co-host with Mexico and the U.S., is expected to get an automatic berth in the 2026 tournament. Herdman is looking to get his young squad to the 2022 tournament on its merits.

The Canadian men's lone trip to the World Cup was in 1986.

This report by The Canadian Press was first published June 25, 2020.