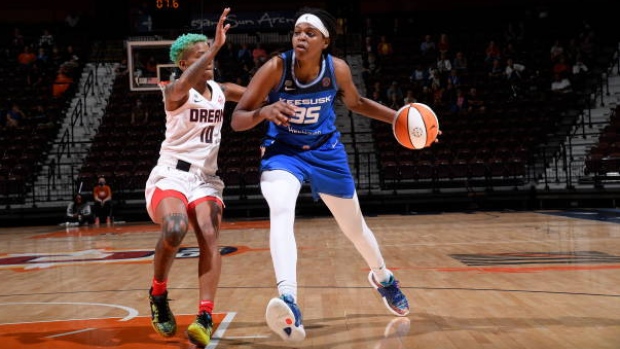 UNCASVILLE, Conn. -- — Jonquel Jones had 24 points and 16 rebounds, DeWanna Bonner added 22 points and the Connecticut Sun beat the Atlanta Dream 84-72 on Friday night to wrap up a spot in the WNBA Commissioner's Cup championship.

Connecticut will represent the Eastern Conference in the inaugural title game Aug. 12 in Phoenix after going 8-1 in Commissioner's Cup games. The title-contending teams will be vying for a prize pool of a $500,000.

Cheyenne Parker scored all 15 of her points in the first half for Atlanta (6-12), which has lost three straight. Crystal Bradford added 12 points and Aari McDonald 10.