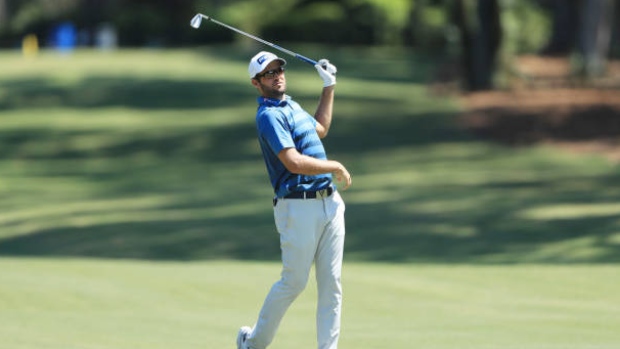 Canadian Corey Conners shot 7-under in the second round and is the top Canadian at 5-under heading into the weekend at The Masters.

The round of 65 was the lowest so far at this year's tournament and the lowest round by a Canadian at The Masters in history.

Sarnia's Mike Weir, who became the only Canadian to win The Masters in 2003, shot a 34 in his back nine of the second round and made the cut for the first time since 2014. The 50-year-old sits at 1-under for the tournament and is tied for 43rd.

Mike Weir shoots 34 in his second nine and will make the cut at The Masters for the first time since 2014.

Winnipeg's Nick Taylor became the third Canadian to make the cut at even par.

Weir and Taylor are paired together for their third round.

Adam Hadwin of Moose Jaw, Sask., is on the outside looking in after finishing +1 over for the first two rounds, missing the cut by a stroke.