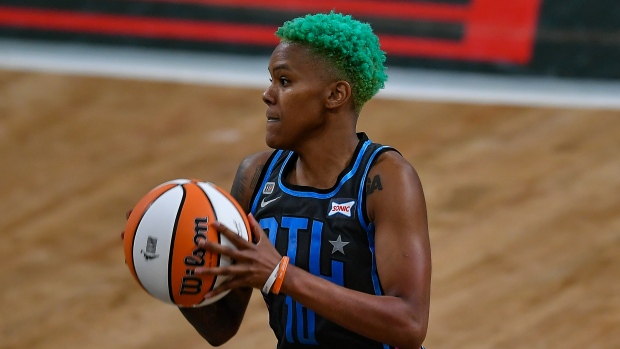 Williams gave Atlanta a 71-69 lead on a baseline jumper. Betnijah Laney had multiple chances at the other end for New York, but Crystal Bradford blocked her second attempt.

Chennedy Carter made 1 of 2 free throws with 18.4 seconds left to give Atlanta a three-point lead. Sami Whitcomb was off on a 3-pointer and Williams sealed it with a free throw.

Bradford set career highs with 14 points and seven rebounds for Atlanta (6-9). Carter and Cheyenne Parker each added 11 points, and Tiffany Hayes did not play.