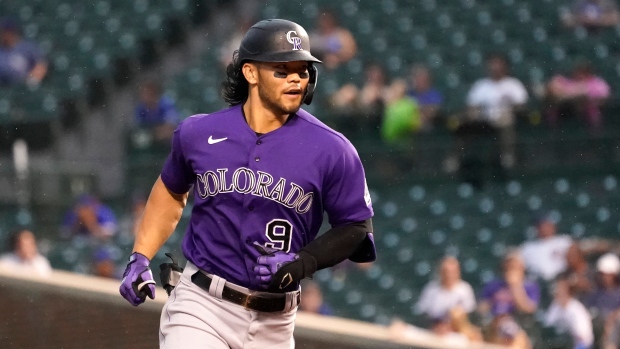 As we move into the final weeks of the fantasy regular season (or the first week of the playoffs) in standard leagues, managers need to make final decisions about their rosters.

The time to stash prospects and lottery tickets has long passed and any player who isn’t providing immediate help should be a strong drop candidate.

The players below have been producing very well of late and deserve a look heading into the fantasy playoffs. Each is rostered in fewer than 50 per cent of ESPN leagues.

The Rockies’ first baseman has been an excellent contributor since returning to the major-league roster on July 20. In 30 games over that span, Joe has slashed a marvelous .320/400/.612 with eight home runs and 27 RBI.

The 29-year-old has looked like a completely different player in the second half, raising his .ISO from .037 to .291 and completely morphing his batted-ball profile. Joe has increased his fly-ball rate by 13 per cent and hard-hit rate by 11 per cent, resulting in a massive boost to his slugging percentage.

The former first-round pick has carved out regular playing time for himself with the Rockies and will continue to benefit from consistent at-bats as well as hitter-friendly Coors Field.

Happ’s season-long batting line (.201/.303/.381) does not inspire much confidence at first glance, but the 27-year-old has been a more effective hitter in August.

Over the past month, Happ is hitting .268 with six home runs and 15 RBI, his most productive month of his season thus far. In 24 August games, Happ has raised his line-drive rate to a season-high 25.5 per cent and lowered his ground ball rate by 14 per cent.

Happ’s swing still has the same holes it always has, so his average will continue to be borderline harmful. However, his exit velocity and walk rate are both in the 83rd percentile league wide, indicating that Happ can still produce plenty of power and a decent on-base percentage for managers that are willing to punt batting average.

Varsho has not been the most consistent option, but when he’s on, he can swing a matchup on his own. After hitting four home runs in a six-game span at the end of July, the Diamondbacks’ catcher followed up with a 15-game stretch in which he hit just one homer with three RBI.

Varsho is heating up again as he’s hit three home runs and driven in six runs over his past seven games.

The 24-year-old continues to struggle with his on-base skills (.223/.322/.436) but can still be a solid contributor with his power/speed combination for managers looking to a weak catcher position.

Gray was the main piece the Nationals received in return for trading Max Scherzer and Trea Turner to the Los Angeles Dodgers. Through five starts with the Nats, the 23-year-old has pitched very well for his new club.

Over 28.0 innings, Gray has posted a 2.89 ERA with 29 strikeouts to just eight walks. While he hasn’t earned a win, Gray has shown enough skill and strikeout ability to be worth adding in mixed leagues.

While the results have been solid for Gray thus far, managers should pick his matchups carefully. He has had issues allowing home runs, having allowed at least one in every start this season.  So, while Gray will provide plenty of strikeouts (10.50 K/9), he could be prone to blow-up performances against power-heavy lineups.

Regardless, Gray has the stuff to be able to provide strikeouts and quality starts for managers moving forward.

The Yankees’ reliever turned starter has not looked out of place since joining the rotation. In six starts, Cortes Jr. has posted a 2-2 record with a 3.44 ERA and 30 strikeouts over 34.0 innings. The numbers haven’t been eye-popping but his consistency will be very useful for managers.

Since re-entering the rotation full-time on July 28, the 26-year-old has gone at least five innings in all of his starts and has not allowed more than four runs in any start.

While he hasn’t been able to consistently go deep into games, his ability to successfully make it through five innings will put him in line for plenty of wins behind the suddenly hot Yankees offence.

Managers in quality start leagues might want to pass on Cortes Jr., but those in win leagues will find value with the Yankees starter.

Barlow has emerged from the Royals’ closer committee to become the go-to ninth-inning option. He was given all three of the Royals’ save opportunities this past week and successfully converted two of them.

The 28-year-old has successfully converted 10-of-16 saves on the season, and is clearly ahead of Josh Staumont for the closer position.

On the year, Barlow has a 2.56 ERA and 1.22 WHIP with 77 strikeouts over 63.1 innings. Barlow should be a very consistent option over the final month of the season, providing saves and strikeouts in a high-leverage position.