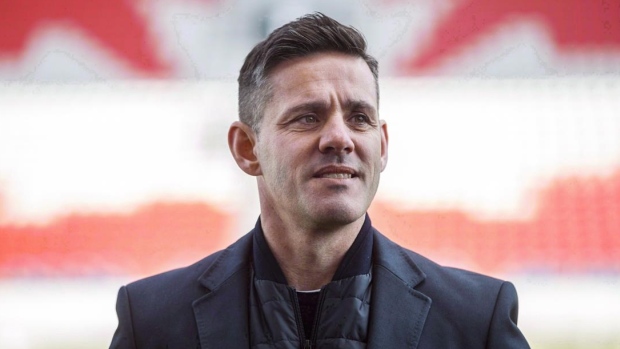 A COVID-19 scare caused Canada's planned scrimmage with the U.S. to be called off Saturday in Bradenton, Fla.

The Canadian men had been scheduled to play two 70-minute soccer scrimmages against the Americans. Both teams are in camp, in separate bubbles, at the IMG Center.

But four inconclusive tests from players/staff in the Canadian camp Friday caused the teams to cancel the match as a precaution. With both camps coming to an end on the weekend, there was no opportunity to reschedule.

"This is part of the learning we were hoping to be exposed to when we're down here, to understand how to adapt on the fly to a new COVID reality," Canada coach John Herdman said in an interview. "And again right at the core of everyone's decision are the health and safety of players. It's difficult times but we have to experience it to know how to adapt and then come out of it stronger."

The inconclusive Canadian tests eventually came back negative and the Canadians played an intrasquad game instead.

The match was billed as Red versus White with more veteran players at the core of the Red team. The youngsters won 1-0, however, with Vancouver Whitecaps defender Derek Cornelius knocking in a rebound.

"It's unfortunate the timing," Herdman said of the cancelled U.S. scrimmage. "But at the end of the day we got out of today what we hoped, which was another opportunity to assess all the players and get a sense of how our young players are tracking for the men's national team or the Olympic squad. And there were some real good learnings today."

World Cup and CONCACAF Olympic qualifying are scheduled to begin in March. The Gold Cup follows in July.

"These players when they compete against each other they tend to ramp it up another level," he said.

"It was a close game and a tough match for both teams," he added.

But Herdman likes what he saw from those on hand, knowing depth could be crucial in a busy 2021. Because of COVID, a sore throat or case of the sniffles carry different implications and consequences these days, he noted.

"We're going to have to take bigger squads into our environments," Herdman said. "That's going to create a lot more opportunities.

"And I think a lot of these young players, particularly the guys that have broken through in MLS (last) year — Tajon Buchanan (New England), Alistair Johnston (Nashville SC), Ralph Priso (Toronto FC), Derek Cornelius (Vancouver) — there was a lot of the younger core players that showed that they could potentially push into that MNT (men's national team) environment."

Herdman said with the uncertainty over the start of the 2021 MLS season, he may try for another camp for the North American players in advance of March.

This report by The Canadian Press was first published Jan. 23, 2021