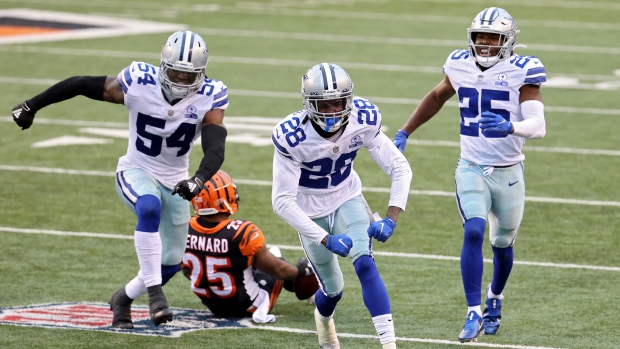 Robinson will be eligible for all preseason practices and games. The sixth-year player’s suspension will begin going into Week 1 of the regular season.

It's the second suspension for Robinson, who was banned four games in 2018 for violating the league's substance-abuse policy.

Robinson bounced back and forth from the practice squad during the 2020 season, appearing in four games with three starts.

The 25-year-old was a fourth-round pick in 2016 by San Francisco, which traded him to the New York Jets a year later. He was out of football in 2019 before the Cowboys signed him to the practice squad after the opener last season.