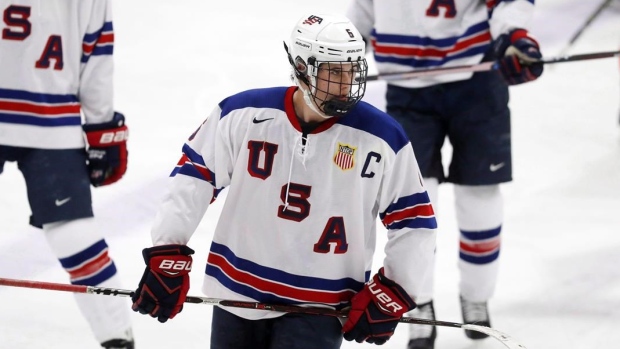 After selecting Nico Hischier No. 1 in 2017, the Devils can get even stronger down the middle picking Jack Hughes from USA Hockey's National Team Development Program. Hughes remains the best player available this year, with a package of elite offensive skill, imagination and the will to compete every time he hits the ice.

The New York Rangers vaulted up to get the second-overall pick and should select Kaapo Kakko. The Finnish winger plays with skill, power and will and made a name for himself scoring the gold medal-winning goal for Finland at the 2019 World Juniors. Going from 12th to third-overall, the Chicago Blackhawks could take Vasili Podkolzin - a skilled, smart and driven winger with the ability to take his game to the next level.

At No. 8, the Edmonton Oilers go with centre Alex Turcotte - a highly-skilled, dog-on-a-bone type of player. The Vancouver Canucks at No. 10 should take defenceman Victor Soderstrom - a right-shooting Yin to the left-shooting Yang that's Quinn Hughes.

For Montreal, winger Raphael Lavoie is lighting it up in the QMJHL with Halifax. A big guy who can score goals for the Habs? That's not a bad fit.

The rest of the picks go as follows: