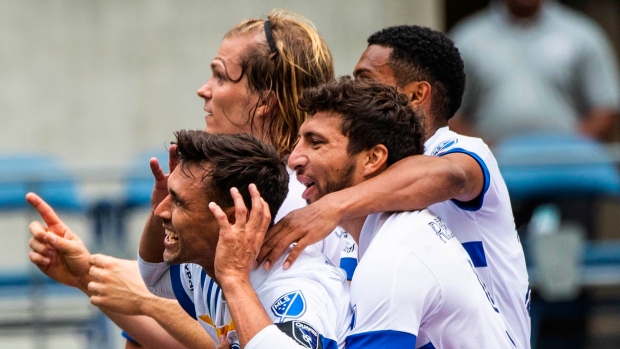 Cristian Espinoza recorded the only goal of the match in the 45th minute and the San Jose Earthquakes blanked the Seattle Sounders 1-0 Saturday.

Espinoza sealed the victory for the Earthquakes (4-7-5) with a shot, assisted by Florian Jungwirth.

The Sounders (9-3-5) outshot the Earthquakes 8-4. Both teams had three shots on goal.

Both teams next play Wednesday. The Earthquakes visit the Portland Timbers and the Sounders host Dallas.