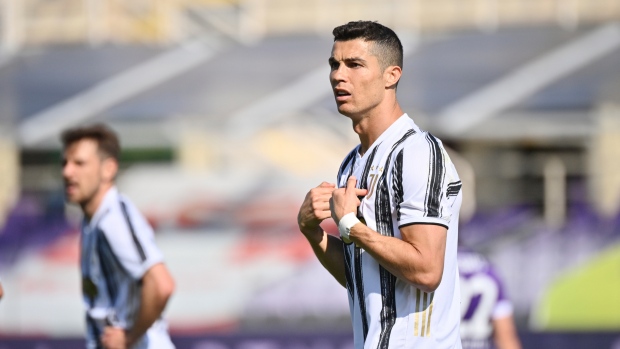 With questions swirling about his future, Cristiano Ronaldo says that he's accomplished everything he wanted to do at Juventus.

Two days after the team wrapped up its season with a convincing win over Bologna to nab Serie A's final Champions League spot, the 36-year-old Portugal forward is looking back with contentment with an Instagram post that seemingly indicates a future outside of Italy.

While the Bianconeri failed to win the Scudetto for the first time in a decade, Ronaldo won the Capocannoniere as Serie A's top scorer with 29, becoming the first ever player to win scoring titles in England, Spain and Italy.

"The life and career of any top player are made of ups and downs," Ronaldo wrote. "This year we couldn't win Serie A, congratulations to Inter for the well-deserved title. However, I have to value everything that we achieved this season at Juventus, both in collective and individual terms. The Italian Super Cup, the Italian Cup and the Serie A Top Scorer trophy fill me with happiness, mainly due to the difficulty they carry with them, in a country where nothing is easy to win."

With his third season in Italy in the books, the former Manchester United and Real Madrid man has one year remaining on his current deal, but hinted that his time in Torino might be up.

"Nothing compares to the feeling of knowing that I've left my mark in the countries where I've played, and that I gave joy to the fans of the clubs I represented," Ronaldo wrote. "This is what I work for, this is what moves me and this is what I'll always keep chasing for until the last day... I have already said that I don't chase records, records chase me. Thanks to everyone who took part in this journey! We stand together!"

In 97 league appearances over three seasons, Ronaldo has notched 81 goals for Juve.

In recent weeks, Ronaldo has been linked with returns to United, Real and his first club, Sporting.

The native of Funchal will now report to international duty with Portugal attempting to retain their Euro title. Portugal's campaign gets underway on June 15 when they take on Hungary in Group F action.