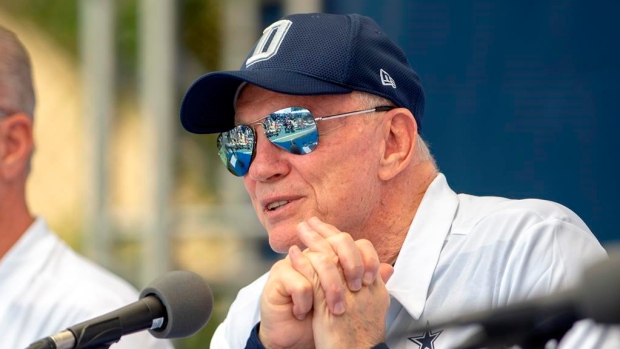 The Dallas Cowboys are the National Football League's most valuable NFL franchise with a value of $6.92 billion according to Sportico.

This also estimates the Cowboys as the most valuable franchise in all of sports.

The Cowboys are now worth 52 TIMES more than they were worth when Jerry Jones bought them 32 years ago, factoring for inflation. https://t.co/kSNnc0ekZq

Forbes also had the Cowboys as the NFL's most valuable on their franchise valuation list released last month. They had the Cowboys worth $6.5 billion, up $800 million from their 2020 value despite the financial implications of COVID-19.

Second on the Sportico list at $5.35 billion is the New England Patriots and third is the Los Angeles Rams at $4.68 billion. The least valuable franchise is the Cincinnati Bengals, who come in at $2.4 billion.

Sportico says the average NFL franchise value is $3.5 billion and collectively, the value of NFL franchise, including team-related businesses and real estate held by owners is $112 billion.

Here is the top 10 with the full list available via Sportico here.