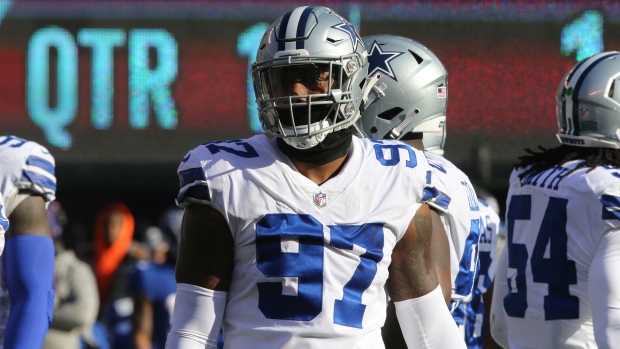 FRISCO, Texas — The Dallas Cowboys have waived defensive end Taco Charlton, who didn't live up to his billing as a 2017 first-round pick but should get a second chance with another team.

The Cowboys made the move Wednesday to clear a roster spot for defensive end Robert Quinn, who was suspended the first two games for violating the NFL's policy on performance-enhancers. Quinn is set for his Dallas debut Sunday at home against Miami.

Charlton's roster spot was in jeopardy going into training camp, but he played well in preseason games with DeMarcus Lawrence and Quinn sidelined along with defensive end Tyrone Crawford. When Lawrence and Crawford returned to start the regular season, Charlton was a healthy scratch for the first two games.

The Cowboys delayed the move as long as they could in hopes of finding a trade partner for Charlton, who had four sacks in two seasons. The former Michigan player was a rare first-round miss for Dallas over the past 10 drafts. Seven of the other eight first-rounders since 2010 made at least one Pro Bowl, and five were All-Pros.