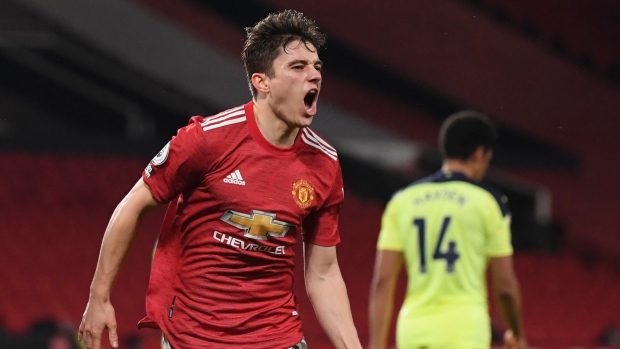 Fabrizio Romano reports the Wales winger is set to join the club in a transfer from Manchester United in a move that could be worth up to £30 million.

Daniel James to Leeds from Manchester United, done deal now confirmed and here we go! The agreement has been completed for €28m with add ons. Personal terms agreed few minutes ago too. 🔴🤝 #MUFC #LUFC

Leeds had attempted to sign the 23-year-old James from Swansea City in 2019 before being beaten to his signature by the Red Devils.

James had been considered surplus to requirements at Old Trafford with the arrivals of Cristiano Ronaldo and Jadon Sancho.

In two-plus seasons with United, James had made 74 appearances across all competitions, scoring nine goals. He appeared in two of United's three matches this season, including starting during the team's 1-0 win over Wolves on Sunday.