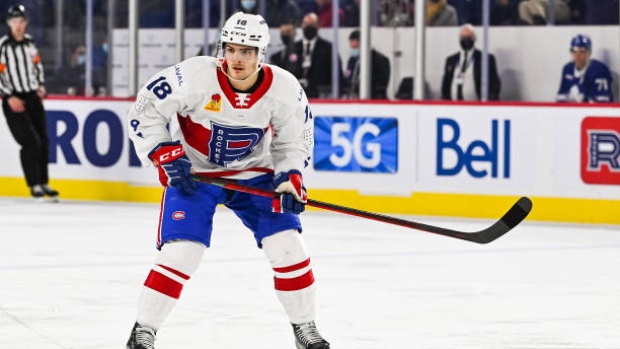 BELLEVILLE, Ont. — Danick Martel had two goals to lead the Laval Rocket to a 5-1 win over the Belleville Senators in American Hockey League action Monday.

Rafaël Harvey-Pinard had a goal and two assists for Laval (35-23-5), which has won four games in a row. Nicolas Mattinen and Kevin Roy also scored.

Kevin Poulin made 20 saves for Laval, while Filip Gustavsson stopped 24 shots for Belleville.

The Senators had six power-play chances, but failed to convert any of them. The Rocket were 1-for-2 with the man advantage.

This report by The Canadian Press was first published April 11, 2022.