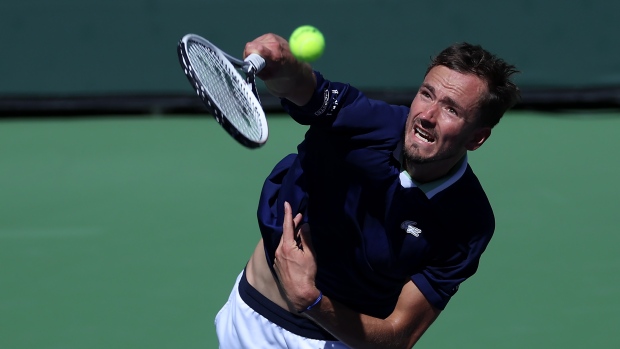 GENEVA (AP) — U.S. Open champion Daniil Medvedev will return from hernia surgery to play at the Geneva Open after getting a wild card from tournament organizers on Friday.

The second-ranked Russian will use the clay-court event, which runs from May 14-21, to prepare for the French Open. The tournament at Roland Garros starts on May 22.

During his injury absence, Medvedev and all other players from Russia and Belarus were banned from Wimbledon by the organizers of the grass-court Grand Slam. The decision cited the countries’ “unjustified and unprecedented military aggression” in Ukraine.

Medvedev held the No. 1 ranking in February and March, becoming the first player other than Roger Federer, Rafael Nadal, Novak Djokovic or Andy Murray to be at the top in the last 18 years.

Dominic Thiem and defending champion Casper Ruud will also play at the tournament in Geneva.