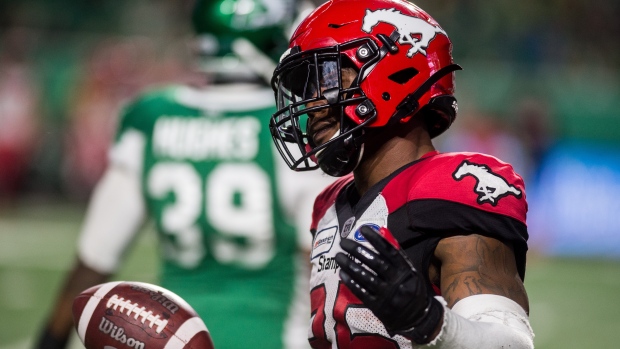 Stamps head coach Dave Dickenson confirms Kadeem Carey is done for the year. He broke his arm and had surgery yesterday. #CFL

Dickenson said that Carey broke his arm during the team's Week 15 win over the Toronto Argonauts and had surgery on Sunday.

In his first season with the Stampeders, the 26-year-old Carey had 75 carries for 422 yards and two touchdowns.