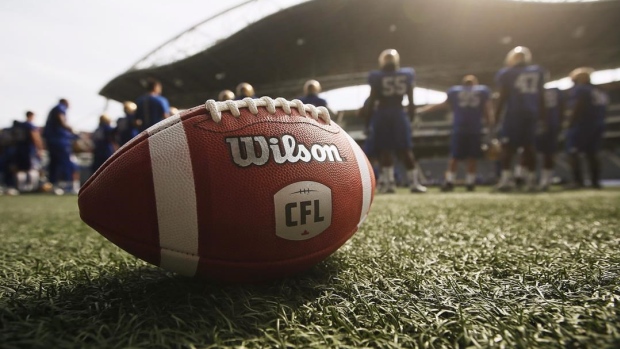 To get a sense of where the Canadian Football League’s current collective bargaining process may be headed, let’s go back to where the last negotiation left off.

In May of 2019, the CFL and Canadian Football League Players' Association reached an agreement on a new three-year deal that is set to expire on May 14.

But that deal, which was agreed upon with a memorandum of understanding just a few days before the start of training camps, wasn’t put to bed without a bit of drama.

The day before camps were to open, word began circulating that the CFLPA and the league had a fundamental disagreement over what had been agreed upon.

The dispute was over a measure the two sides had crafted to create a special status for veteran American players, defined as any American player who had completed at least his third season with the same team or fourth season in the CFL overall.

The league was under the impression that up to three veteran American players per team could be granted status as “naturalized Canadians” – players who would count among the 21 national players on every roster.

The CFLPA believed the veteran American status would have no impact on Canadian positions on the roster or the field. It believed that every team was simply required to have as three players who met the definition of veteran Americans.

The implications of this disparity were many.

For starters, the league’s interpretation would have meant three fewer Canadian players on every roster, as the three veteran Americans would likely be replacing the bottom Canadians on each team.

From a pure product enhancement perspective, keeping veteran Americans in the game and with their teams longer at the expense of the 19th, 20th and 21st Canadian on every roster would be an improvement in the overall talent of the league. That’s not debatable.

But anything that alters the CFL’s Canadianness is going to be sensitive ground, and this was no exception.

The league also believed that the three veteran Americans could be used as Canadians towards meeting the required seven Canadian starters per team, meaning the actual number of Canadian starters, as traditionally defined, could be as low as four per team.

Besides the obvious implication of fewer Canadians on rosters and on the field, the change would have two direct effects on some American players – it would increase their value and extend their careers.

The CFLPA has long had a reputation of catering more to its Canadian membership than its American, something the current leadership has tried to recognize and address.

The creation of the veteran American status was a way of doing that. The problem was that the union had a different understanding of how it would be implemented, which created the standoff.

How two sides in a collective bargaining process could come up with such different interpretations is still a bit of a mystery. But there’s no doubt that the disagreement was real.

In the end, the league accepted the union’s interpretation. Beginning with the 2020 season, every team was required to carry at least three veteran Americans without it affecting the number of Canadians on the roster or starting.

So, how likely is the league’s proposal from three years ago to make it back onto the bargaining table this time around?

Ambrosie has talked a lot about the feedback the league gets about high roster turnover, with most veteran players in the league eligible for free agency every off-season. He’s also talked about the need to improve the game, a process that took the league through a grand off-season exercise in which it studied everything from four downs to redefining penalties for holding.

In the end, the league arrived at several small tweaks to its playing rules, each of which is aimed at tilting the game in a more offensive direction, such as moving hash marks closer to the centre of the field and incentivizing kickoff returns.

Collective bargaining, however, provides another venue to change the game.

Given the recent history, and the things the league has been open about wanting to address, it sure feels like the naturalized Canadian rule will be back on the table.