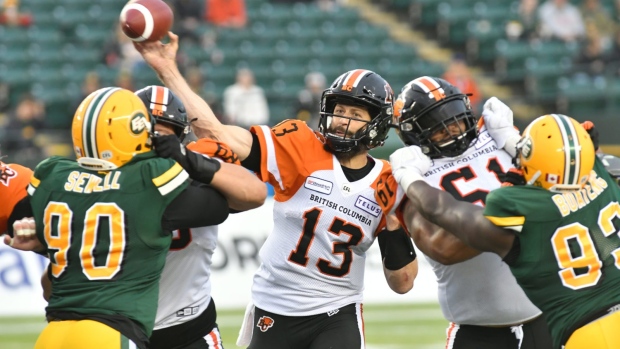 The Canadian Football League delivered clarity to its immediate future on Monday, committing to start its 2021 season on Aug. 5, playing 14 games per team and culminating in the Grey Cup on Dec. 12 in Hamilton.

That’s what we know for sure. But there’s lots to sort out – some of which we know and some of which we still have to guess upon. So here is your question and answer guide to the 2021 CFL season and beyond.

Q: So the CFL season is back. Will fans be able to attend games?

A: Yes, but only if you live in Alberta, Manitoba or Saskatchewan for the first few weeks as the league has developed a schedule exclusively based to the places where its received the greatest assurance that fans will be allowed in the stands. By late August we’ll see games return to cites in Eastern Canada. The league is hoping no games will have to be played with less than 35 per cent capacity, with that ramping up over the course of the year to Grey Cup.

Q: Has the league cleared all the necessary hurdles to bring the game back?

A: Not quite, as governments have been busy dealing with more pressing matters or prefer to wait as long as possible for final approvals. The league still needs approval from the Public Health Agency of Canada and local officials in some spots when it comes to return-to-play protocols for players and fans in stands. But you can assume the league wouldn’t have hit the go button if any of those things were going to be an issue.

Q: The CFL announced their vote to play was unanimous. How do we know that’s true?

A: We don’t, although it’s understandable why the league would want to put up a united front on its return to play. Ultimately, there were teams that were committed months ago to playing this season and others that wanted to wait as late as possible to decide. All that really matters is that the league is going to play, with all nine teams on board.

Q: Do the players get paid less because there is only a 14-game regular season?

A: Yes, player salaries will be pro-rated for this season. Playoff cheques will not be.

Q: Speaking of playoffs, is the league really looking at expanding the playoff pool from six to eight teams?

A: Probably not. The amended collective agreement gives them the right to do so, which would mean two more playoff gates and television dates. But commissioner Randy Ambrosie said Monday he expects the league to go with six playoff teams, determined by the league’s traditional East and West Divisional format.

A: There were 19 amendments passed, most of which are of little to no interest to fans. There will be no preseason and teams will be allowed to add five players to their practice rosters as long as the border quarantine remains in effect. Rosters have been reduced from 46 players to a minimum of 43 and a maximum of 44. And the two global players, which had been prescribed in the CBA for each team, for this season has been changed to one.

Q: Will players have to be vaccinated to play?

A: No, there is no provision for vaccines in the league’s return-to-play protocol, so all players will be under the same protocols – at their facilities and beyond. It’s possible this could change before the start of the season. The greatest incentive for players to get vaccinated is to minimize the chances of an outbreak, which could force the cancellation of a game.

Q: What happens if a game gets cancelled due to an outbreak?

A: There is no prescription for such an event in the CBA, only that the commissioner must seek input from the Canadian Football League Players Association before rescheduling a game. The nature of football and the rest time required between games would make this a challenging process in a year that is already running longer than usual.

Q: With the league returning to play, does that mean the financial crisis for the teams is over?

A: Not at all. Along with continuing to absorb losses from 2020, the 2021 season is going to going to be full of red ink for every team, even with the all-around belt-tightening. In the end, the league’s governors decided it was more important to play this season than potentially lose less money by sitting out.

Q: So now that the CFL is going to be back on the field, what happens to all of that collaborating with the XFL stuff?

A: It hasn’t gone away. By all appearances, getting the CFL back on the field this season and potentially collaborating with the XFL ownership have been on two parallel tracks. The XFL is all about the league’s future beyond this season and trying to improve the business model for the long-term growth of the league. It won’t become a reality before 2023, which leaves us to guess what the 2022 CFL season might look like. But for now we’ll just be happy there are going to be games in 2021.