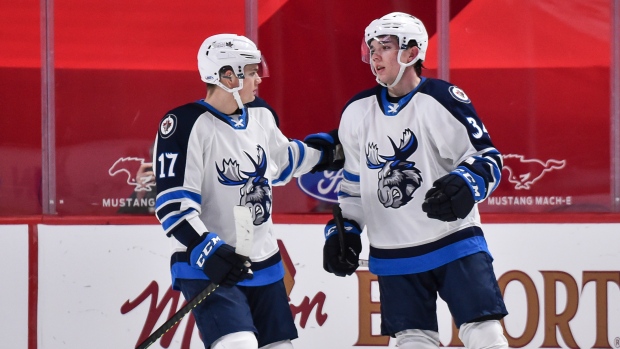 Moose (3-2-0) goaltender Arvid Holm made 21 saves and got an assist for his first AHL win.

Cole Perfetti put Manitoba ahead 1-0 on the power play at 9:01 of the first period and Mikey Eyssimont doubled the home side's lead at 13:42 of the second with his fourth of the season.

Dennis Yan and Ryan Murphy replied for the Griffins (1-2-1).

Manitoba narrowly edge Grand Rapids for the second time in three days following a 1-0 victory on Friday in which Mikhail Berdin made 22 saves for the shutout.