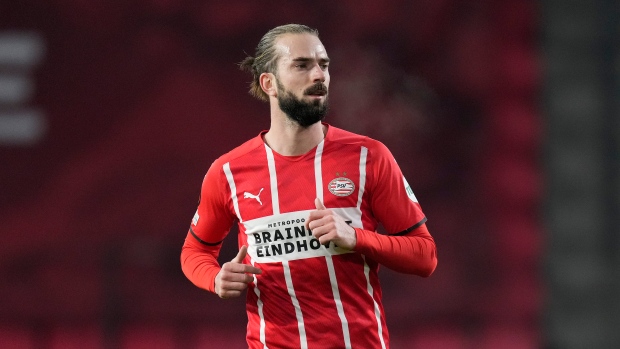 EINDHOVEN, Netherlands (AP) — Former Netherlands midfielder Davy Propper announced his retirement from soccer on Tuesday, saying he lost his love for the game during his recent spell in England with Brighton and no longer felt “comfortable in football culture.”

The 30-year-old Propper left Brighton in the offseason after four years at the south-coast club and hoped returning for a second spell at PSV Eindhoven might see him regain his motivation.

“Unfortunately,” he said, "that has not turned out to be so easy, partly because I don’t feel comfortable in football culture. Still, I have adapted to it for a long time and sometimes closed it off.

"I don’t want that anymore and that’s why I’m done with it now.”

Propper last played for the Netherlands in 2019, having made his debut four years earlier.

He made his move to the Premier League in 2017, only to find that he “slowly lost the pleasure of football.” He said the pandemic made things even tougher.

“I found it extremely difficult to muster the discipline necessary to perform optimally and to let my life completely be determined by the busy football schedule,” he said in comments posted on PSV's website. "The coronavirus period and the lack of visits from family and friends did me no good then, either.”

Propper still had 1 1/2 years left on his contract at PSV.

“I made the decision (to retire) before Christmas and it feels like a relief,” he said. “This is how I know it’s the right choice.”