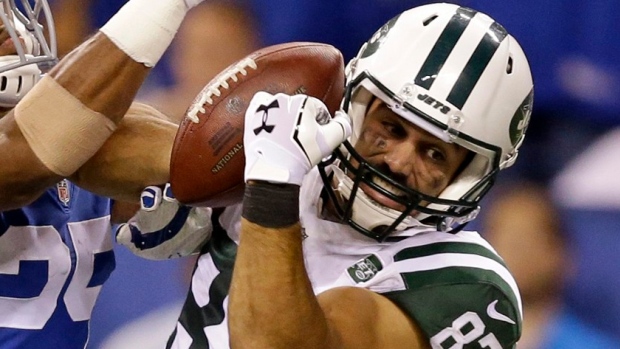 LONDON - New York Jets wide receiver Eric Decker will be a game-time decision to play against the Miami Dolphins on Sunday.

Decker (sprained left knee) is listed as questionable after being limited at practice for the second straight day. He participated in some team drills a few hours after the Jets arrived in town Friday. Decker was injured nearly two weeks ago against Indianapolis and sat out team drills until Thursday.

Running back Chris Ivory and cornerback Darrelle Revis are both probable after fully participating in practice. Ivory was dealing with a strained quadriceps, while Revis had a sore hamstring.