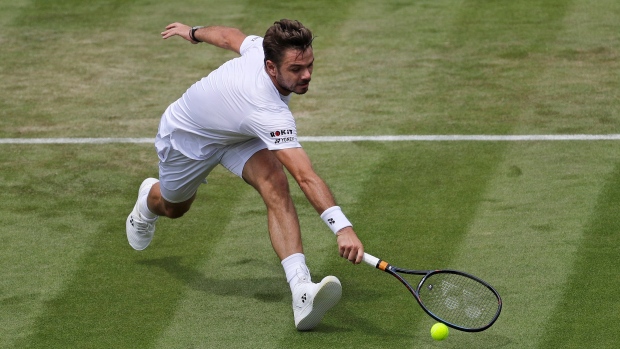 Isner, who had a first-round bye, was playing his first match since having to retire from his third-round match at the Australian Open against Stan Wawrinka because of a left foot injury.

The hard-serving American was broken early in the third set and unable to do much from there against Thompson, an Australian whom Isner had defeated in all three previous meetings. That included in last year's quarterfinals, the only time in three appearances in the tournament on Long Island that Isner won a match.

With No. 2 seed Milos Raonic losing a night earlier, defending champion Reilly Opelka is the highest-seeded player left in the tournament. The third-seeded American earned his first win of the season Thursday, beating Yoshihito Nishioka 6-4, 6-4.

Opelka, who had a first-round bye, broke Nishioka's serve in the final game of each set to earn his quarterfinal spot. He had dropped both matches on tour this season, blowing a two-set lead against Fabio Fognini in the Australian Open in the most recent one, and was on a five-match losing streak dating to October.

Opelka won his first career title last year at the New York Open. He advanced to face Jason Jung, who upset No. 7 seed Cameron Norrie 6-4, 6-4 to reach the quarterfinals for the second straight year.

No. 8 seed Kyle Edmund also reached the quarterfinals by sweeping past Dominik Koepfer 6-2, 6-4. He will meet Soonwoo Kwon, who eliminated Raonic.

In the other quarterfinals at Nassau Coliseum, No. 4 seed Ugo Humbert will play sixth-seeded Miomir Kecmanovic, and Thompson meets Andreas Seppi.