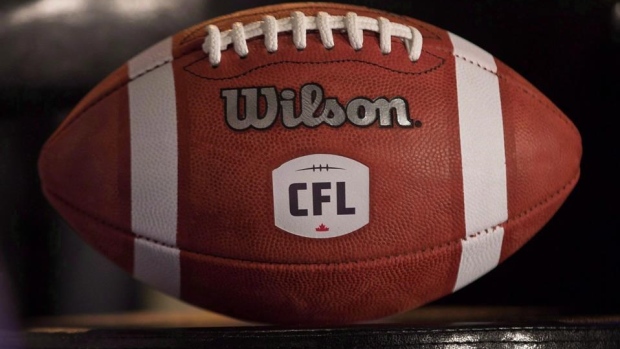 GUELPH, Ont. — Deidre Donaldson can't believe how quickly the time has flown by.

The Brampton, Ont., native is completing her four-week stint with the Toronto Argonauts as part of the CFL's inaugural Women in Football Program. The initiative aims to open doors for women in the sport with a meaningful and immersive educational experience.

The nine participants — one with each CFL team — worked in football operations, coaching, strength and conditioning and equipment management.

"It's been amazing, start to finish … it's been a whirlwind," the energetic Donaldson said from the Argos' training camp at Alumni Field. "I feel like I got here yesterday.

"I'd go the entire season if I could, I've been trying to ask for that since I started. But four weeks is better than nothing, this wouldn't have happened without this program so I am very grateful for it."

The 25-year-old has worked within Toronto's front office. While Donaldson has previous experience in the sport as a player, coach, administrator, official and scout, she said her time with the Argos has both rounded her development and given her perspective on the business of the pro game.

"Roster management is very interesting to me," said Donaldson, who wants to become pro football's first female Black general manager. "It's 100 per cent a business, there's a lot to think about with each and every move. I know football, let's not confuse that. But in terms of CFL football, Canadian football, it's very different from what I know so getting to understand that and from a front-office perspective is very different and has taught me a lot."

Donaldson graduated from Brock University in 2019 with a Bachelor of Sport Management degree and minor in French. She's currently the athletics coordinator at Athlete Institute in Orangeville, Ont.

She served as an assistant recruiting co-ordinator for the U of T's football program (July 2019-February 2020) and worked as a team manager and recruiting assistant for the Brock women's basketball team while attending the school. However, she'd like one day to work full-time in a football front office.

"One hundred per cent, because I know when I get to where I want to go, I'm going to look back on this," she said. "I'll be appreciative but also know the people coming up shouldn't have to go through what I did so I can help other people coming up."

And while she's very appreciative of the CFL initiative, Donaldson wonders why those in her position need such programs to help them along their way.

"That's my frustration with not just football but sport in general," she said. "I don't think I should have to rely on a diversity program to get a foot in the door … but if that's how I have to do it and prove myself, then that's what I'm going to do.

"I don't feel like a pioneer but I understand the title of it, for sure."

Donaldson's time with Toronto will conclude Saturday but she'll sit in on discussions as the Argos make their final roster decisions.

"I sat in when we had to cut the roster to 75 (last weekend) and that was really difficult but a great learning experience," she said.

Women are changing the culture of pro football, particularly in the NFL. Last year, 38.8 per cent made up the league's head office and 12 worked as assistant coaches.

And in February, Tanya Walter became the CFL's first full-time female coach when she joined the B.C. Lions.

Raiche got her start in pro football with the CFL's Montreal Alouettes in 2015.

"I try to keep her updated on what I am doing and congratulate her on her successes."

She doesn't have to look far within Toronto's front office to find a trailblazer. In 2004, GM Mike (Pinball) Clemons became the CFL's first Black head coach to win the Grey Cup, doing so with the Argos.

"He helped me probably six hours into me being here," Donaldson said. "He actually gave me a ride and for about an hour and a half we had a very long conversation and it was one of the best moments of my life.

"He expressed he was really happy I was a part of this, he wanted me to know he has my back throughout this program and after it and basically called me family. There's nothing better than that. Just seeing how he operates, speaks to people, communicates and leads, that's something I want to do."

The expectation is Raiche will ultimately become an NFL general manager, while Susan Tose Spencer remains the first and only female GM in league history (1983 with Philadelphia). Joanne Polak has the distinction of being the CFL's first female GM (1989-91 with Ottawa).

"It (Raiche's ascent) shows it's not impossible to get to the position she's in," Donaldson said. "I know I wouldn't be the first (female) GM but I'd certainly take becoming the first Black (female) GM, that's for sure."

This report by The Canadian Press was first published June 2, 2022.