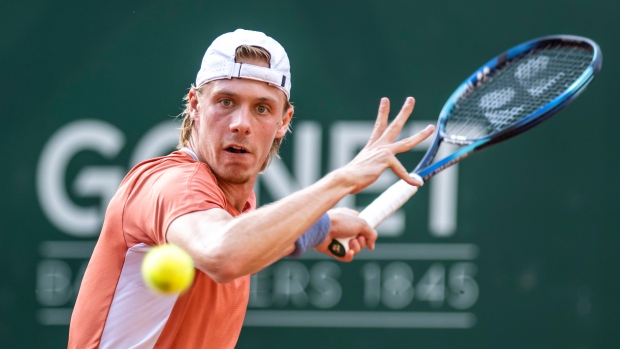 GENEVA — Canada's Denis Shapovalov was eliminated from the Geneva Open on Wednesday with a 6-4, 7-6 (2), 6-3 loss to Ilya Ivashka of Belarus in the second round.

Ivashka had eight break point chances against Shapovalov, and converted two of them. The Belarusian saved the only break-point chance he faced.

Shapovalov, from Richmond Hill, Ont., was seeded third at the tournament and had a bye in the first round.

The Canadian had nine aces in the match but didn't get opportunities to shift momentum in a largely even match.

Both players cashed in on 69 per cent of service points and 31 per cent of return points.

Ivashka, who will next face Portugal's Joao Sousa, picked up his first win in four matches against Shapovalov.

Shapovalov was coming off a run to the quarterfinals at the Italian Open last week, his best result of the clay-court season in preparation for the French Open.

The lone Grand Slam on clay starts Sunday in Paris.

This report by The Canadian Press was first published May 18, 2022.