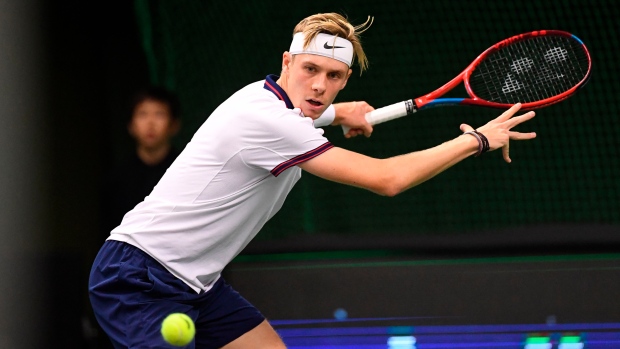 The third-seeded Shapovalov, from Richmond Hill, Ont., had seven aces and won 72 per cent of his first-serve points as he improved his career record to 4-3 over his friend and Davis Cup teammate.

Despite the loss, Auger-Aliassime is expected to break into the ATP's top-10 when the next rankings are released next week.

Shapovalov won the Stockholm final in 2019 when he defeated Filip Krajinovic for his lone ATP Tour title.

The 2020 edition was cancelled after the novel coronavirus outbreak.

The win for the 24-year-old Paul followed up his victory over Andy Murray in the quarterfinals in what is proving to be a breakthrough tournament for the former junior French Open champion.

“That was the best level I’ve played all year long," Paul said after his comeback win that took two hours 30 minutes.

Tiafoe was looking to reach his second final in three tournaments — after the Erste Bank Open in Vienna two weeks ago — by recording a fourth straight win over Paul since their days in the juniors.

Paul finished the match stronger, though, chasing down a drop shot for a winner on his fourth break point to make it 2-1 in the third set and then losing just two of his next 16 service points.

“I tried to have fun, and I ended up playing my best tennis,” said Paul, who was born in New Jersey. "The more matches I’ve played, the more comfortable I’ve played in pressure situations. I’ve enjoyed playing in front of the big crowds.”