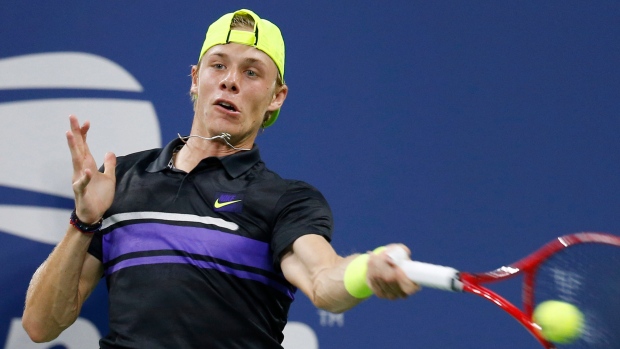 VIENNA — The Canadian singles contingent is out of the Erste Bank Open after a loss and a withdrawal on Wednesday.

Denis Shapovalov of Richmond Hill, Ont., fresh off his first career ATP Tour title on Sunday at the Stockholm Open, lost 6-3, 7-5 to Spain's Pablo Carreno Busta in the first round.

Montreal's Felix Auger-Aliassime, the No. 6 seed, dropped out prior to his scheduled first-round match against Alexander Bublik after suffering a left ankle injury in practice on Tuesday.

Later Wednesday, Auger-Aliassime dropped out of the Paris Masters next week.

The Next Gen ATP Finals and the Davis Cup Finals remain on the schedule in the next month for the 19-year-old.

Shapovalov had 10 aces, but got his first serve in only 47 per cent of the time.

The 34th-ranked Carreno Busta was good on 85 per cent of his first serves and won 87 per cent of those points.

The 27th-ranked Shapovalov, 20, didn't have one break-point opportunity in the match.

Milos Raonic of Thornhill, Ont., the only other Canadian in the draw at the ATP Tour 500 event, lost his first-round match on Tuesday.