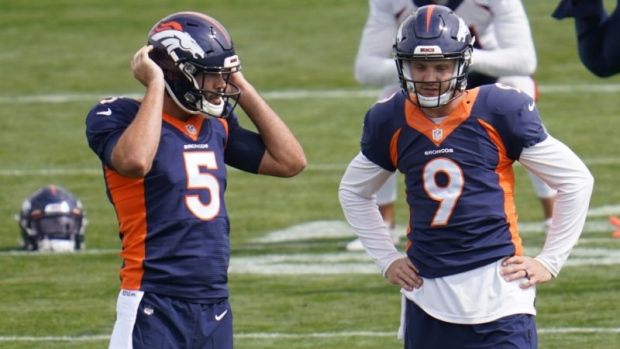 Bortles was released as a corresponding move to the team promoting defensive lineman Sylvester Williams to the active roster from their practice squad.

The Broncos were the second team Bortles was a member of in as many seasons. The former third overall pick spent last season as backup on the roster of the Los Angeles Rams.

After being selected by the Jacksonville Jaguars in 2014, Bortles went on to serve as the team's starting pivot for five seasons (2014-18). His owns 17,646 career passing yards and 103 touchdowns to go along with 75 interceptions and a career completion percentage of 59.3 per cent.