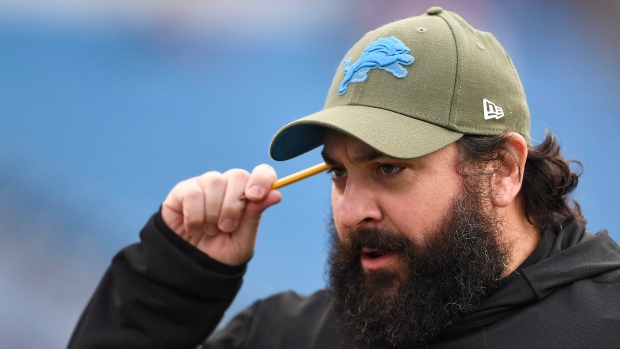 The award, presented annually by USAA and the league, recognizes exceptional efforts to honour and support members of the military community. The recipient will be recognized the evening of Feb. 1 at NFL Honors, when The Associated Press will reveal its individual award winners.

A panel of judges consisting of representatives of the U.S. military, the NFL and USAA will determine the recipient. On the panel are Vice Admiral John Bird (Ret.); Chad Hennings, who played at Air Force Academy and then won three Super Bowls with Dallas; current 49ers guard Ben Garland, who received the award in 2018; former NFL coach Jim Mora, a Marine Corps veteran; former NFL receiver Vincent Jackson, the 2015 award recipient; and Lenny Bandy, a Marine Corps veteran and the NFL's vice-president of security.

USAA will contribute $25,000 in the award recipient's honour to the official aid societies representing all five military branches. The NFL will match that donation, which will be given to the recipient's military charity of choice.

In 2018, Patricia's first year as head coach, the Lions partnered with the Tragedy Assistance Program for Survivors (TAPS). Through Patricia's work with Lions players on the launch of the team's social justice initiative Detroit Lions Inspire Change, the Lions became the first NFL team to fund scholarship opportunities for TAPS families.

Over the last two years, Patricia and the Lions have hosted and helped fund the Drug Enforcement Agency's Maltz Challenge, an annual worldwide cross-fit event held in memory of DEA Special Agent and United States Air Force Pararescue man Mike Maltz that honours service men and women lost in the line of duty.

Cannon graduated with honours from West Point in 1986, was an Airborne Ranger and served as a first lieutenant in West Germany during the fall of the Iron Curtain. He also served five years as an artillery officer.

Under his guidance, the Falcons became the first NFL team to conduct a USO tour. Each of their home games features a salute to service, and the Falcons host and honour through video tribute a family from TAPS each home game. The Falcons have raised more than $250,000 to help homeless veterans in Georgia.

Since 2014, Cannon has served on the board of directors for Johnny Mac Soldiers Fund, which he co-founded, and Children of Fallen Patriots; he's been on the TAPS board since 2017.

Edwards' long-standing family ties to the military moved him to lend his support to troops overseas, including participating in nine tours with the USO. He founded the Best Defence Foundation that takes World War II veterans and Vietnam Veterans back to their battlefields and memorials so they can pay respect to fallen soldiers.

To commemorate the 75th anniversary of D-Day, Edwards had a goal to return as many veterans as he could to Normandy. His foundation took 16 veterans and a nurse who served in World War II on a 10-day trip to the shores of northern France.