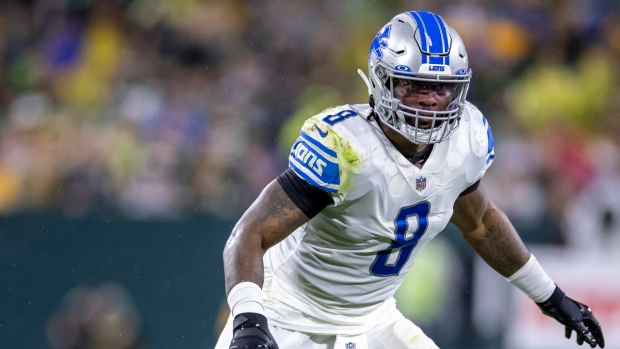 The 31-year-old Collins has been given permission to stay home while he awaits a move.

First-year head coach Campbell insists that the decision to move on from Collins was made solely from a football perspective.

Through two games this season, Collins has 10 tackles and a fumble recovery.

Collins is in his second season with the Lions and ninth in the NFL. In 14 games a year ago, he recorded 101 tackles, 1.0 sacks and an interception.

A product of Southern Miss, Collins spent the first three-plus seasons of his career with the New England Patriots with whom he won Super Bowl XLIX. In 2016, Collins was traded to the Cleveland Browns midseason and spent the next two-plus years there. He returned to the Pats as a free agent in 2019 before signing with the Lions last year.